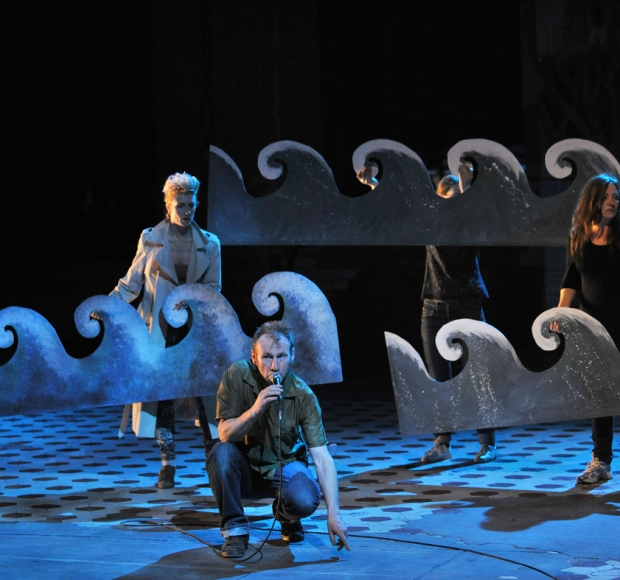 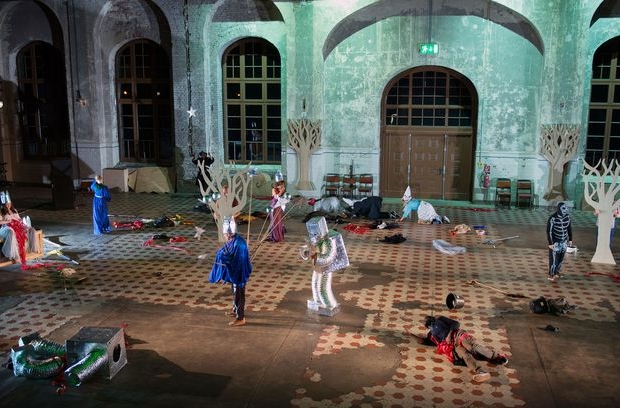 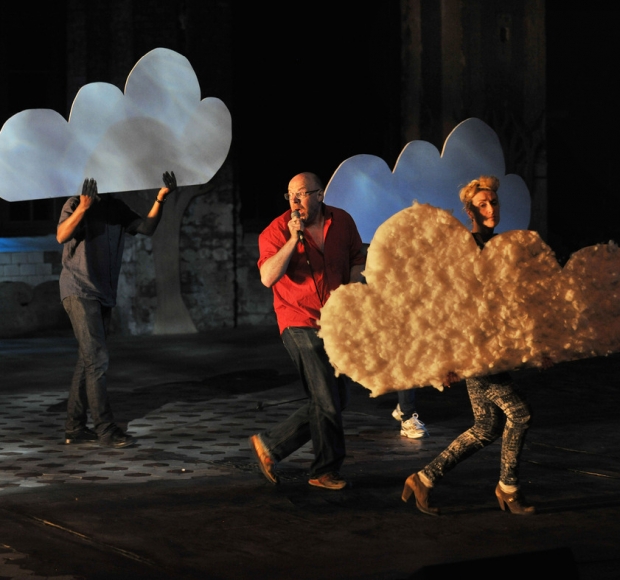 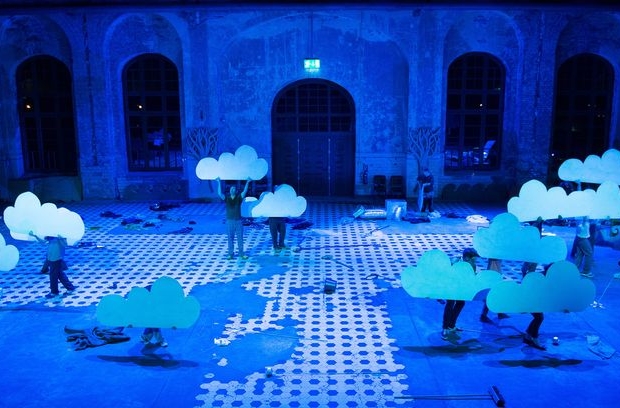 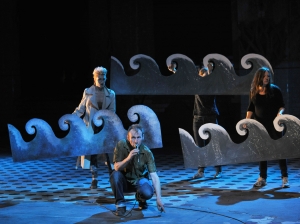 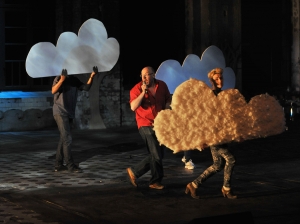 A strange entourage of immense sea monsters, ghosts, fighting kings and marching robots passes us by. Noises swarm and storm across the space, as if there were something immense in the air; voices are confused, mixed and then lost. Suddenly there is a moment of quiet and intimacy: we find ourselves on the battlefield of a story.

The Last Adventures is a collaboration between British writer, artist and director Tim Etchells, the performance collective Forced Entertainment, and the Lebanese sound artist Tarek Atoui. A piece about memory, mixing fairy tales, science fiction, children’s picture books and epic myths. The performers are part of a constantly changing sequence of scenes, dances and chases set to an improvised electronic soundscape. Before our eyes Forced Entertainment transforms a strange haunted forest into a mysterious subterranean lake, or the aftermath of a terrible war. Here and there recognisable characters surface as situations and fragments of text, emerging onstage from the ruins of familiar stories, only to disappear in the very next moment. For this new production, Tarek Atoui  will develop a new unique instrument made of computers, sensors, controls, and switches that reacts to the actions of the performers while at the same time being manipulated by Atoui himself.

Forced Entertainment’s unique aesthetic and ongoing exploration of what performance can be has had a tremendous impact on British theatre. 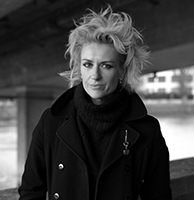